The Nubia Red Magic 7 boasts excellent performance benchmarks and has a highly responsive screen. But as you might expect from an all-out gaming phone, the camera is rather underwhelming, and additionally the battery can drain quite quickly.

The Red Magic 7 is a smartphone made for one sole purpose: gaming. To that end, its processing performance and screen quality are the two highest priorities, because these dictate just how well games will run, while the camera and some other features will naturally take a back seat.

If you’re not a keen mobile gamer then you’d be better advised to peruse our choice of best phones rather than buying this device, but if you simply can’t get enough of gaming on the go, read on to find out what I made of the Red Magic 7.

The Red Magic 7’s commitment to being a gaming phone doesn’t begin with the powerful processor or the superb screen specs; it’s immediately visible from top to toe as soon as you take it out of the box.

Our handset (the “Supernova” version) had a semi-transparent design that is littered with specifications, to the extent it almost resembles a cutaway drawing from a children’s encyclopedia. The flashy touches don’t end there, as when the games are in play the fan starts whirring it lights up with blue, orange, green, and red lights.

If you’re the shy, retiring type who doesn’t want your friends to know how much of a games nerd you are, then you might want to choose something a tad more subtle; but if you’re passionate about your hobby and want the world to know it, then I can see plenty of hardcore gamers loving this design.

The handset is certainly bulky, but that doesn’t necessarily count against it. After all, a gaming device like this has to be ergonomic to hold when you’re in the thick of the action in a first-person shooter, and in these cases a bit of bulk often helps it feel more secure in your hands. There are two shoulder trigger buttons on the side of the phone, and these boast a rapid 500Hz response rate.

While there is a 3.5mm headphone jack for you to plug in your earphones or headset, there’s no expandable storage available, and no IP certification either so there’s no official protection if it’s exposed to dust or water.

The screen is going to be one of the key points of focus for a device such as this, because you’re going to be spending your time gazing it intently as you battle your enemies.

There are aspects of this AMOLED display that are outstanding; the 165Hz refresh rate is the highest I’ve ever experienced in a phone (easily outperforming the iPhone 13 Pro or Samsung Galaxy S22 Ultra which offer a still-impressive 120Hz), and likewise with the ultra responsive 720Hz touch sampling rate, which should give you a real edge over your competitors when every millisecond counts.

It’s also as large as you’d like, measuring 6.8 inches diagonally across, but is easy to hold with two hands, allowing you to be immersed in the game.

The FullHD+ resolution is fine and clear enough, and the display does support 1 billion colours, but it notably lacks HDR support and generally does not offer an outstanding viewing experience.

While watching video content I found the experience to be a little underwhelming compared to the best phones around on the market right now, with videos seeming a little “flatter” than usual. When running automatic brightness settings (apparently giving a typical score of 700 nits) I found the screen to be a little on the dim side, so I often changed the settings to manual and shifted the brightness up a couple of gears.

The camera is by no means a key priority for a gaming phone such as this one, but as with any smartphone we would still hope for it to acquit itself well when we needed it.

You can see results of daylight shooting with the main camera above, and while it has evidently struggled a bit with the lighting (under conditions that are not ideal but not extremely challenging), the image is acceptable — but far from the best. Even though this sensor has a high resolution 64-megapixel main sensor, detail simply isn’t as sharp as I had been hoping for either.

There’s also an 8-megapixel ultrawide lens in the system, which adds some versatility and gives you another option to play with, but performance is noticeably weaker here, with images seeming a bit washed out and those sun rays causing even more problems for the sensor.

A tiny 2-megapixel macro sensor completes the camera trinity on the phone, and it could occasionally come in handy if you want to shoot an extreme close-up of an object. I confess that this opportunity rarely arises for me, but I tried it out on a daffodil flower with the result seen above, which significantly lacks contrast or detail.

I also tried out the Red Magic 7 camera in lowlight conditions, which often pose challenges even for the best smartphone cameras around. The above shot was disappointing, with the highlights having been blown out and there being a severe lack of detail throughout the image, so for my next shot I tried it with Night Mode applied and standing in the same position.

As you can see, Night Mode made a drastic difference to the quality of the shot, greatly improving it in every aspect and giving me a far more appealing picture by balancing the lighting and restoring contrast to the image. It’s still not perfect but I’d definitely recommend using this setting if you’re in dark conditions, even if there is the standard delay of a couple of seconds while the image processing gets to work.

After putting the rear cameras to the test, I flipped it over and tried the 8-megapixel selfie camera. This has a Beauty Mode auto-enabled which smooths out facial features, and although I tried the Portrait Mode settings, this appeared to make no appreciable difference to the shot – the “bokeh” effect of a blurred background to emphasize the subject simply failed to materialise.

Overall the camera system deliver middling picture quality, and if you often take pictures with your phone you’ll either want to pick a different handset or else pair this one with a better device and dedicate the Red Magic 7 solely to gaming.

The Red Magic 7 runs on the Snapdragon 8 Gen 1, which is the best Qualcomm mobile chipset that’s currently on the market. What’s more, Nubia has squeezed a brilliant level of performance from it even compared to its peers. Just check out the below performance stats when compared the the recently-released flagship Samsung Galaxy S22 Plus:

It’s hard to overstate just how impressive those 3D Mark GPU scores are in particular; this is where the Red Magic 7 is absolutely in its element and can leave the rest of the competition in the dust.

The first review sample of this phone that we used simply crashed without explanation, and wouldn’t turn on. We reached out to the manufacturer for comment, but have not yet heard back. That aside, in my experience apps mostly ran without any problems on the second sample (albeit one time the camera app crashed), and gaming performance ran extremely well; I never encountered any lag issues when playing demanding online games on the highest settings.

I found that this kept it from heating up too much during games, but when running those benchmarks tests it not only became uncomfortably warm on its metallic sides, but the fan also emitted a rather strong whirring sound. This wasn’t the noise of a jet taking off that can charaterise some gaming laptops, but nonetheless there was a constant background hum.

You’ll find that this device runs Android 12 software, overlaid with the RedMagic 5.0 user interface. While this skin makes its presence known with a few novelty widgets — including one to switch on the multi-coloured cooling fan and one to measure your heart rate via the fingerprint scanner — there actually isn’t too much bloatware.

You’ll be more aware of it it when you’re making use of the in-game menu, which provides quite a few customisation and sharing options as seen above.

If you run your eye down the spec sheets, you might expect the 5000mAh battery capacity to ensure a reliable level of endurance. In fact, this phone drains its battery alarming quickly.

Watching an hour-long YouTube video saw 11% of charge knocked off, and the same amount was lost after half an hour of playing PUBG. Even when I used it just to stream music from Spotify on my Bluetooth headphones, I had lost 5% of battery after an hour of listening to tunes.

In its defence, this handset boasts lightning-quick 120W fast-charging that should see the entire topped up to full from zero in just 17 minutes according to the manufacturer. That’s a mind-blowing specification, but the version I received was packaged with a non-UK charger, so I cannot verify it.

Should you buy it?

If you want to make the most of its enhanced gaming features. This device offers brilliant performance and has a highly responsive screen, both of which are ideal for competitive gaming, so you could consider this phone as one of your options.

If you want a reliable handset that’s got a great camera or good battery life. While it excels when playing to its strengths, this phone’s camera is nothing special and the battery life can drain very quickly.

The Red Magic 7 is a no-holds-barred gaming phone that offers brilliant gaming performance and an extremely smooth and responsive screen. Unfortunately the camera and battery performance are simply not in the same league as this handset’s strengths.

We test every mobile phone we review thoroughly. We use industry standard tests to compare features properly and we use the phone as our main device over the review period. We’ll always tell you what we find and we never, ever, accept money to review a product.

Used as our main handset during test period

Camera tested in variety of situations with all modes

Tested with synthetic benchmarks and real world use 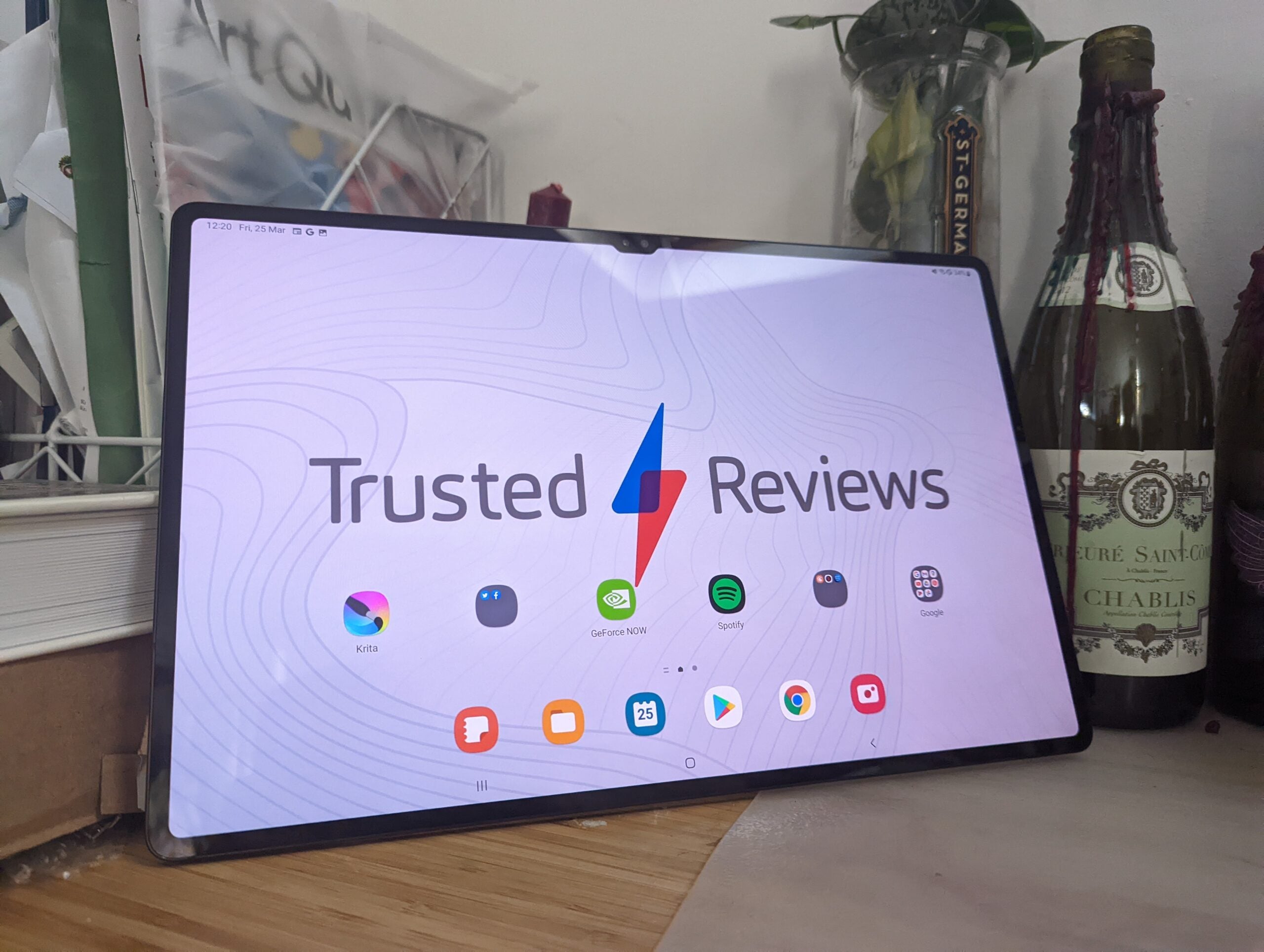 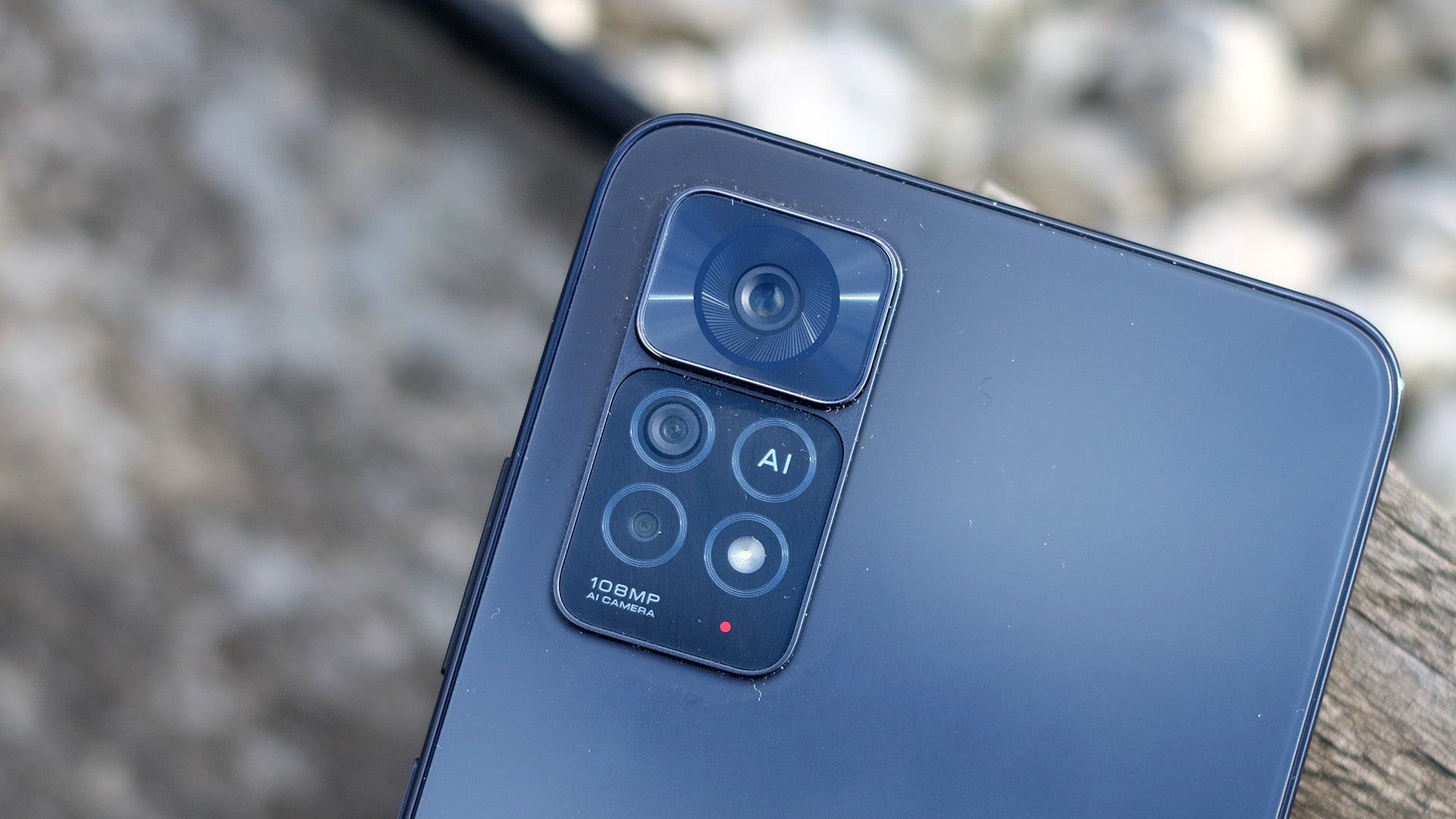 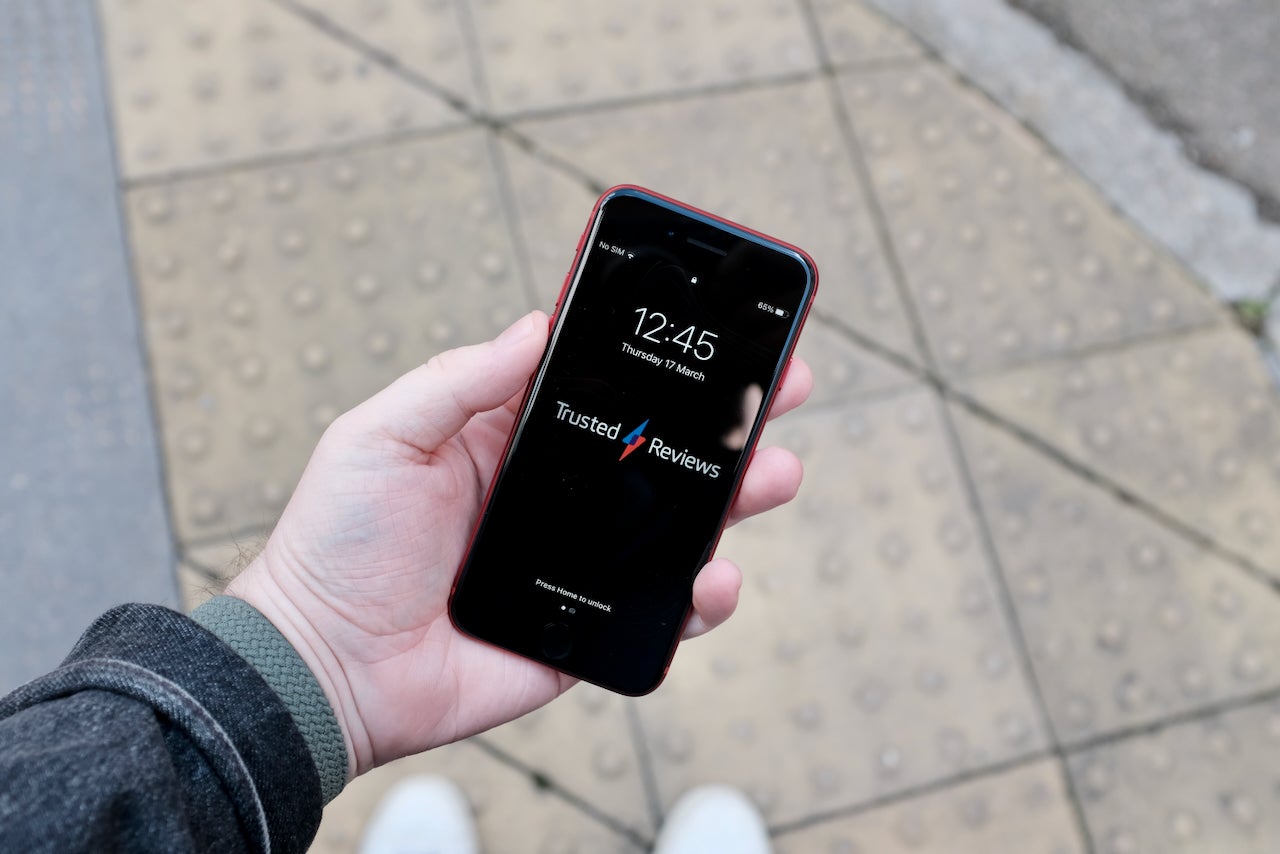 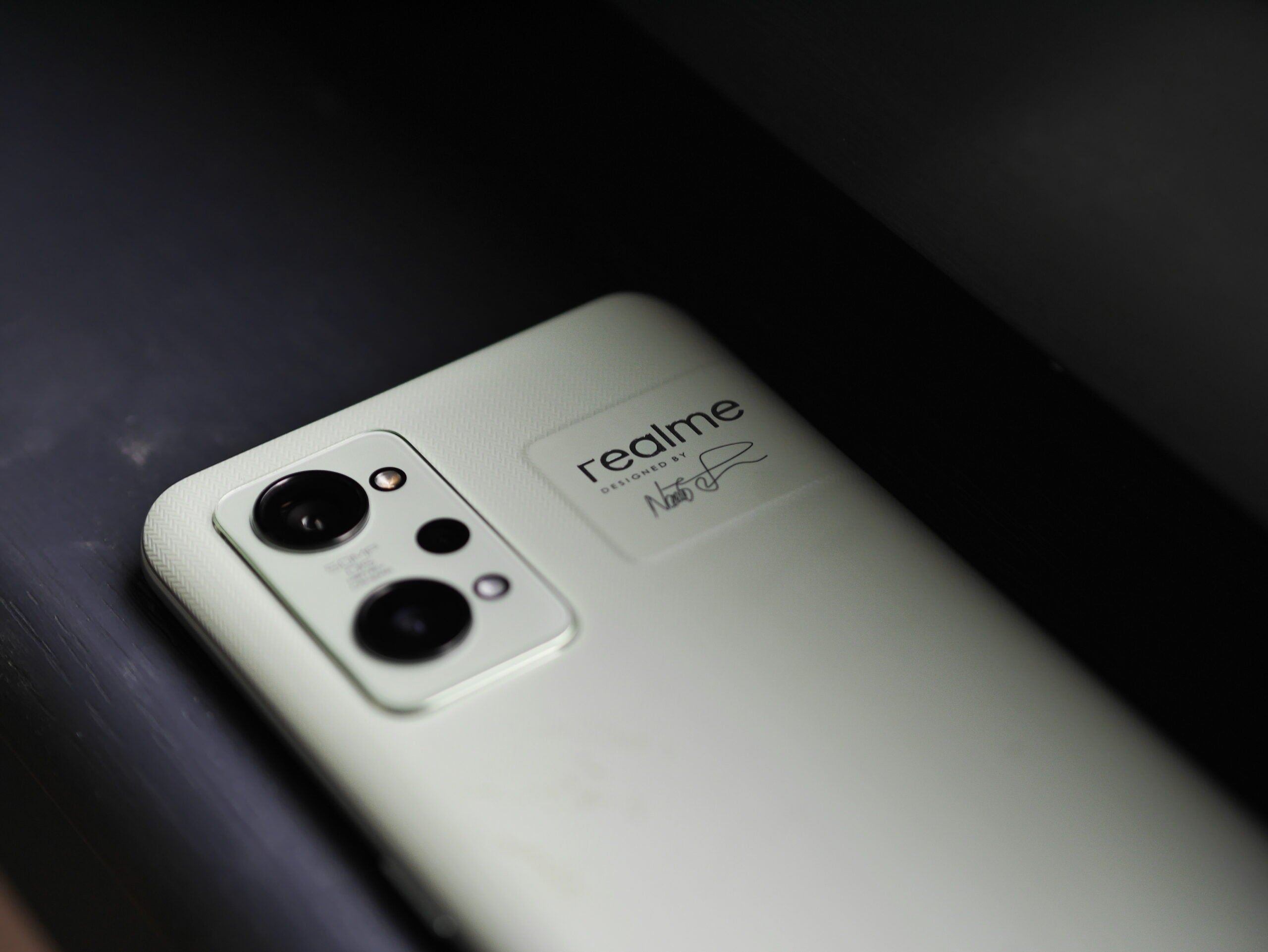 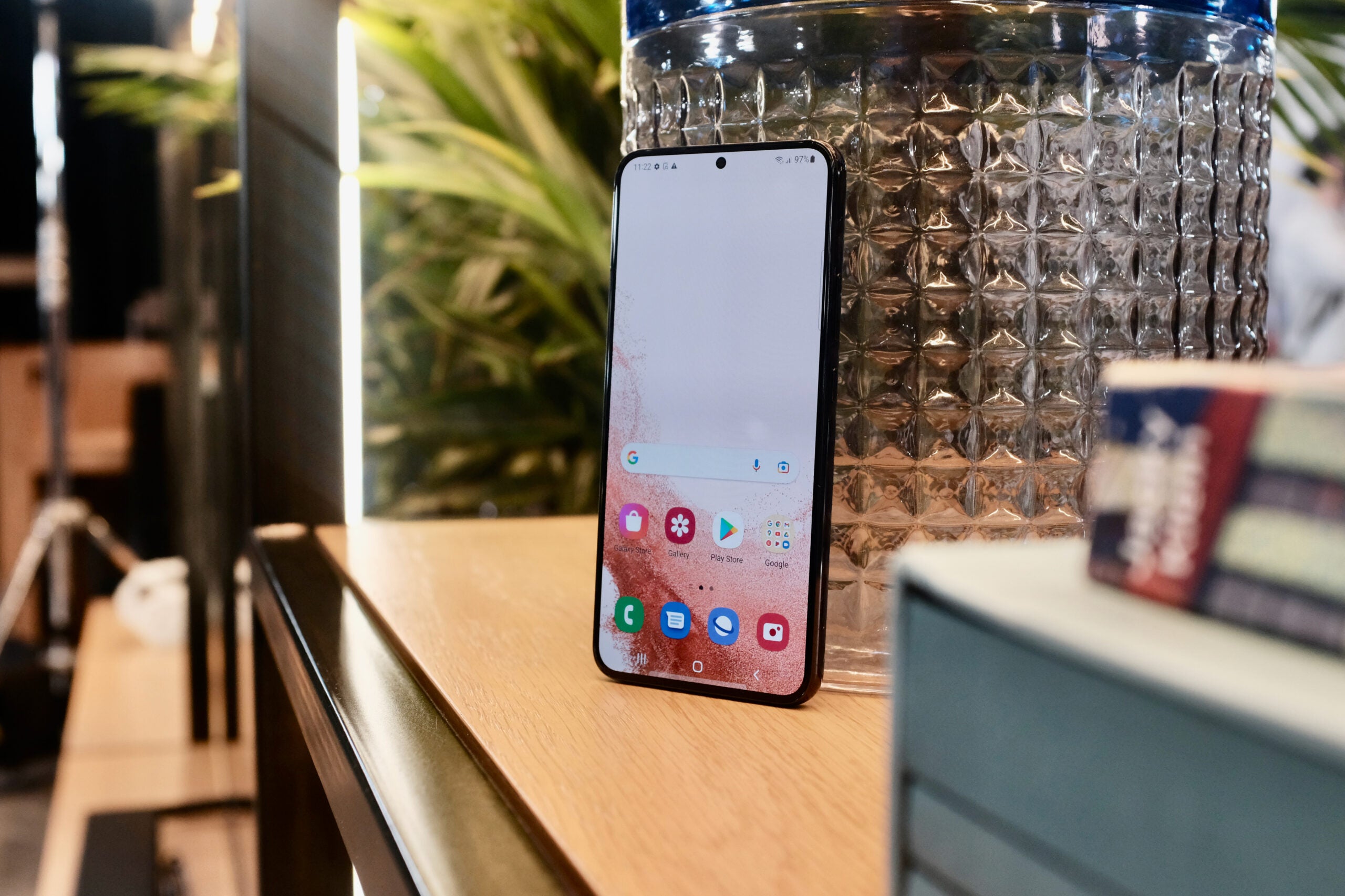 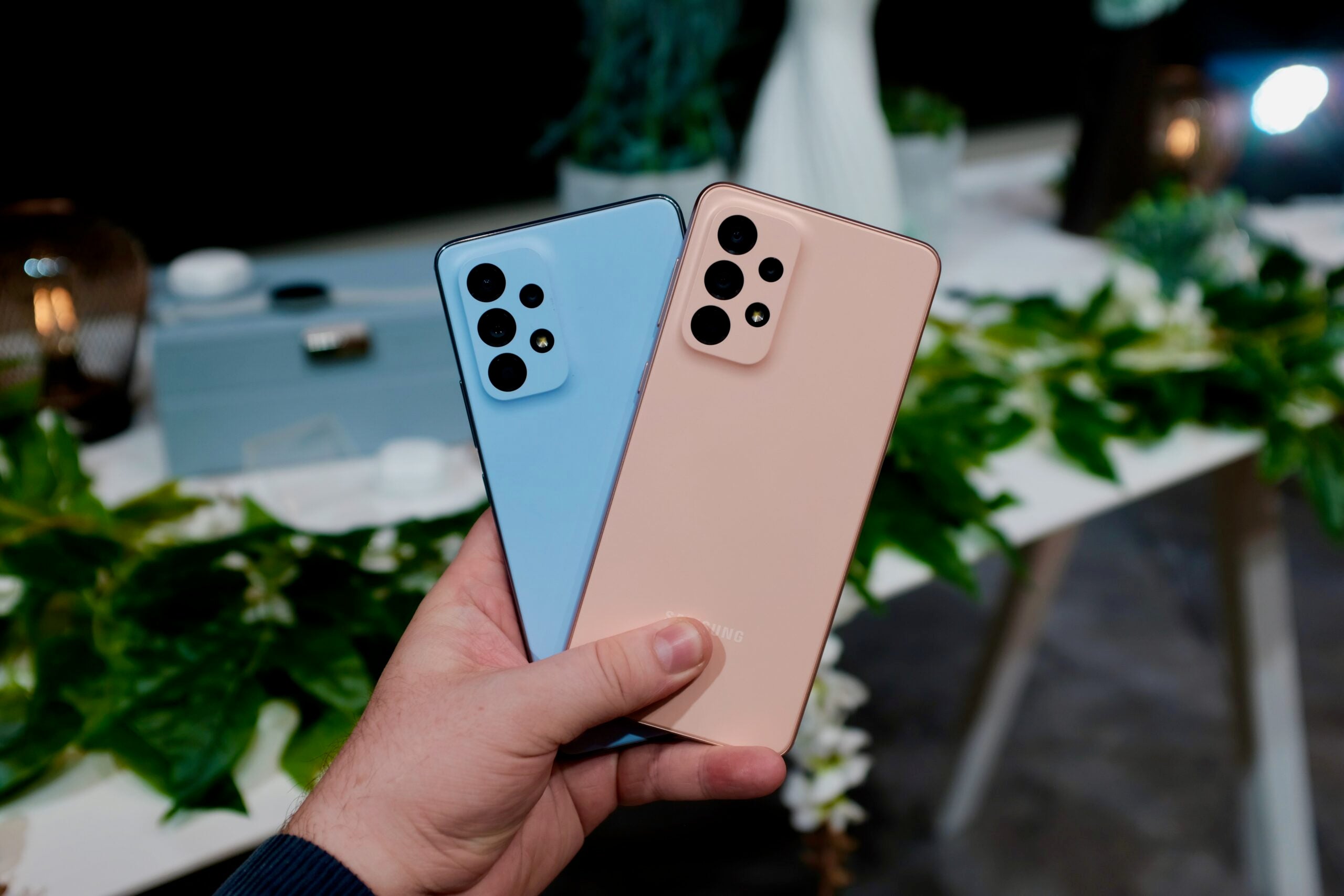 What is the manufacturer of this phone?

This phone is made by the Chinese brand Nubia, which started out as a subsidiary of ZTE.

Which colours is this phone available in?

There are three different designs, named Obsidian, Supernova, and Pulsar.

What is the IP rating of this device?

It appears not to have an IP certification, so we can’t say for sure how it would react if exposed to water or dust.

The iPhone 14 range is being readied for production according to a new report, but it’s likely to arrive without one hotly tipped feature. The […]